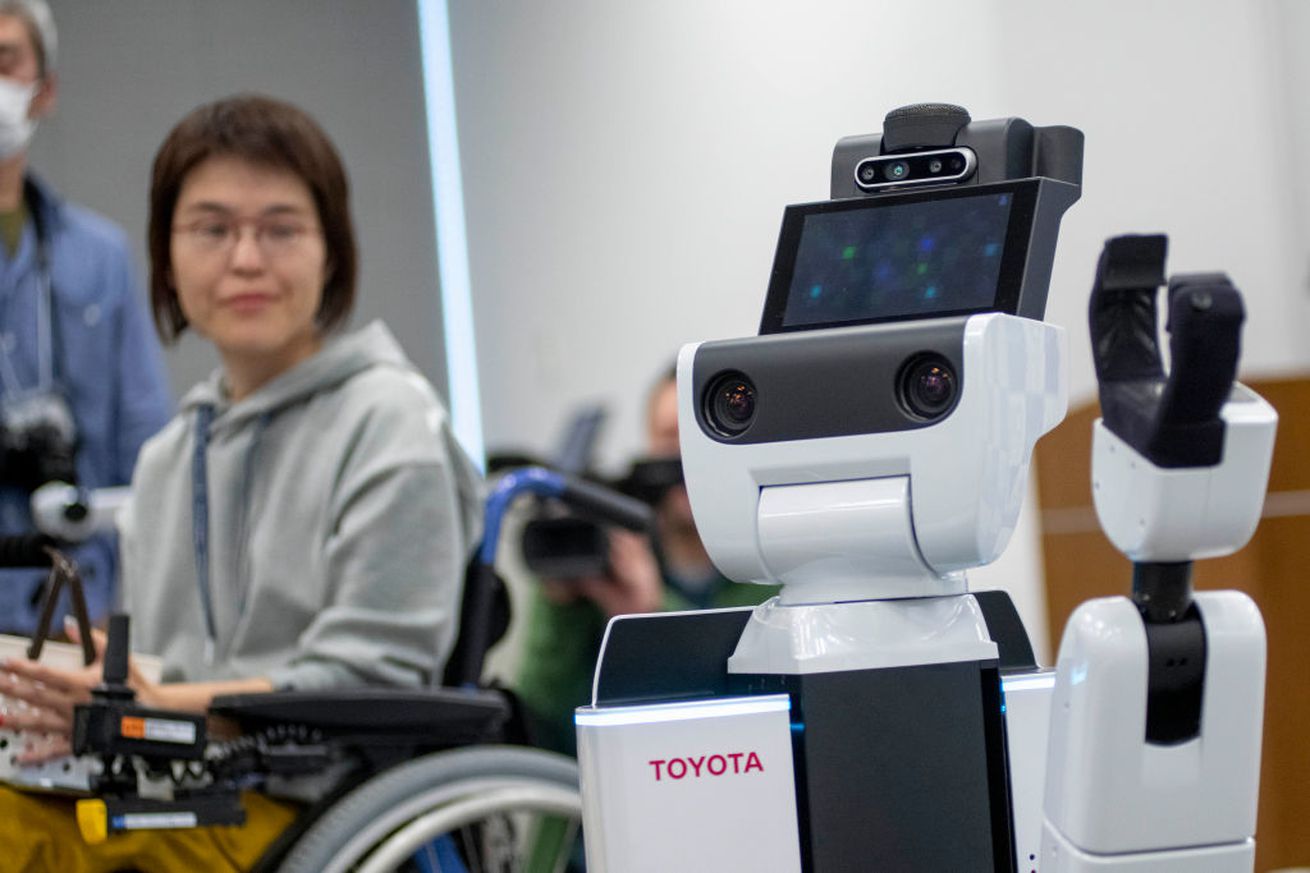 When the Olympics came to London in 2012, the organizers relied on a legion of unpaid volunteers to herd the crowds and help them find their way. But when the games come to Tokyo in 2020, it’ll be robots taking on some of those same duties.

Today, the organizers of the Tokyo 2020 Olympics and Paralympics unveiled two robots and a powered exoskeleton that will be deployed to help workers and attendees at the games.

The robots, made by Toyota, will direct people to their seats, provide information, and carry food and drink. There’s the Human Support Robot (HSR), which has a built-in arm for picking up trays and baskets, and the Delivery Support Robot (DSR), which looks more like a mobile waste bin but can also ferry items around. Sixteen robots will be deployed at Tokyo 2020 venues, and the organizers hope they’ll be particularly helpful for wheelchair users.

“We have been looking at how we can support the daily lives of people, and how we can develop robots that can partner with daily life,” Toyota general manager Minoru Yamauchi told The Associated Press. “In the Tokyo Olympics, there will be many guests in wheelchairs and we would like them enjoy the games without worrying about their mobility.”

Toyota said it hopes these robots would be on sale to the general public by 2030. In recent years, the automaker has pushed more resources into such technology, aiming to expand its business providing “mobility solutions” to Japan’s aging population.

In addition to the bots, exoskeletons called Power Assist Suits made by Panasonic will also be in use. These will be worn by workers to help them lift and move heavy items and baggage. The suits won’t be used in the venues themselves, but instead at “related facilities and airports.” Panasonic says the suits improve a worker’s “efficiency” by 20 percent, allowing them to lift heavy loads with less effort and work without pain.

“We would like to have a society where people can work without caring about gender differences or age differences,” Panasonic general manager Yoshifumi Uchida told the AP. “When you are carrying a suitcase or a heavy box, this is where the Power Assist Suit becomes valuable.”

Olympic Games are often opportunities for countries to show off their cultural or technological achievements. And indeed, the last time Japan hosted the Olympics in 1964, the country unveiled its now-iconic Shinkansen bullet train. The 1964 games have since been called a “turning point for Japan” when the nation, still recovering from the ravages of World War II, showed off its economic development. Back then, this was done with trains, but in the 21st century, it seems it takes robots.

via The Verge – All Posts https://ift.tt/1jLudMg