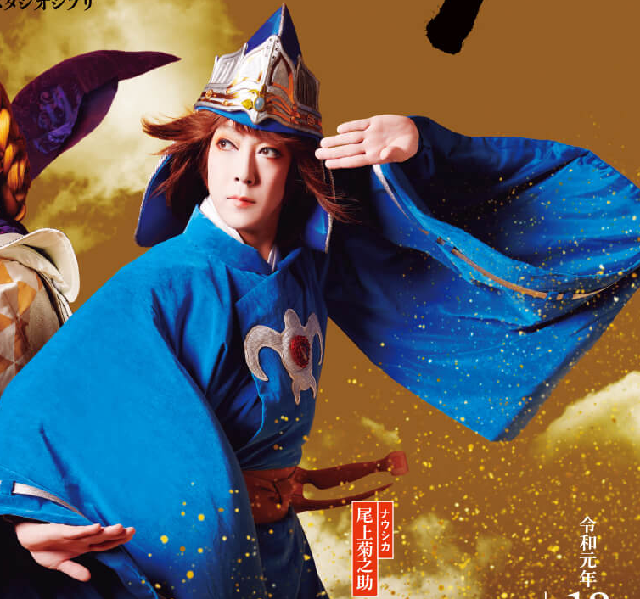 Opening night is just six weeks away for the kabuki adaptation of ”Nausicaa of the Valley of the Wind.” As one of the most widely respected works of not just anime, but Japanese film in general, anticipation for the production is incredibly high, and so is the degree of difficulty for the play’s producers, costumers, and makeup artists.

Both Studio Ghibli anime and kabuki have unmistakably distinct visual styles, but aside from both originating in Japan, they don’t really have very much in common with each other. Because of that, it’s been hard to imagine what a kabuki version of anime director Hayao Miyazaki’s landmark movie would look like. Will it ditch the classical garb and makeup associated with kabuki for a full-on cosplay route, or perhaps go in the opposite direction, maintaining as much as it can of orthodox kabuki aesthetics while adding only the bare minimum of token nods to its Ghibli source material?

But now we’ve finally got a sneak peek, and it looks like the kabuki Nausicaa, much like its titular heroine, is rejecting extremes and walking a path of balance.

A newly released poster image for the production shows star Kikunosuke Onoe in costume as Nausicaa for the first time, dressed in an innovative kimono that incorporates cues from the Ghibli heroine’s iconic crest-emblazoned blue dress. Meanwhile, Onoe’s posture and pose suggest that the centuries-old dancing motions of traditional kabuki will still be on full display, in an effort to also satisfy audience members who are kabuki fans first, and Ghibli fans second.

Also appearing on the poster is Shichinosuke Nakamura as Kushana, Nausicaa’s antagonist in the Ghibli film.

While Nausicaa and Kushana are the only two characters to have been shown so far, there are many more to come, as the kabuki play, which opens Dec 6, will be the first-ever complete adaptation of Miyazaki’s original Nausicaa manga and include characters who only appear in the story after the events of the anime. If the quality of these first two costumes is anything to go by, though, the production looks like it’s going to be something special to see, even if Miyazaki himself is adamant about not lending the producers a hand.

Source: Nausicaa of the Valley of the Wind kabuki official website via Livedoor News/Sports Hochi via Hachima Kiko